Questionnaire on hipdysplasia (meant for the IFR Delegates)

We hereby send out a third questionnaire, this time with questions about the way (methods) the Rottweiler is tested on Hipdysplasia in your country and how cynology and in particular your Rottweilerclub (wants to) act(s) on it.

We know that prior testing of breeding dogs and excluding affected dogs has certainly improved the degree of suffering and in general the genetic affection of our breed but it has proven far from being a final solution.

We know indeed that hipdysplasia is a polygene and multifactorial genetic disease.

We sincerely regret and must strongly protest recent publications by Mr. Vinicio Di Paolo, Delegate of the Rottweiler club of Argentina and who was replaced in his function of vice-president (and acting president) by the Extra Ordinary Meeting of Delegates dd. 22.09.2016. These publications oblige the Board to react. Those messages are not true. They are slanderous and disrespectful, not just for the person of the IFR-President Mr. D. Vandecasteele but also for the IFR as a democratic organization of Memberclubs.

The IFR - social media and the JLPP problem 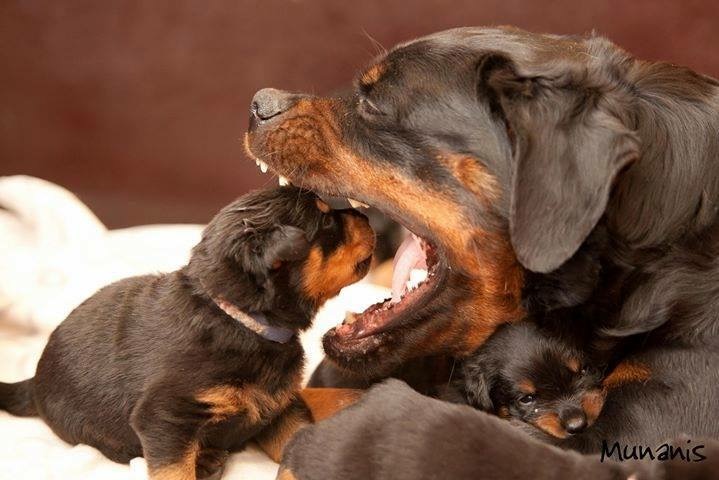 We refer to some posts on social media that seem to reproach the IFR for not communicating on the genetic disease JLPP.  In principle, the IFR-Board can only communicate with the Delegates from the Memberclubs and not with individual Rottweiler lovers. Some may find this regrettable, but we can and will not enter discussions on Facebook or other social media nor will we answer complex issues by manner of Facebook posts.

This message intends to avoid all misunderstanding: it is totally wrong to assume that the IFR is ignoring the problem of JLPP and/or would suggest it to be a national German problem! To the contrary, we have refered to the high prevalence of JLPP in the German Rottweiler population as to be understood as a warning and as a wake up call for all! The closed German population was tested and this high prevalence of 21% of the tested dogs was established. If other national Rottweiler populations show this same prevalence is still unknown as these were not yet tested and so there is no documentation on this. Still, not only as an example, not only as a warning for what may already be or what may come if we are not conscious of the danger but also because we all sip from the German Rottweiler’s genepool, the IFR-Board has explicitly issued a clear warning to all and has announced its awareness.  Read more.

A state of affairs on the agenda of the Board

Allow me a quick overview of our working agenda and our progress on it : click.